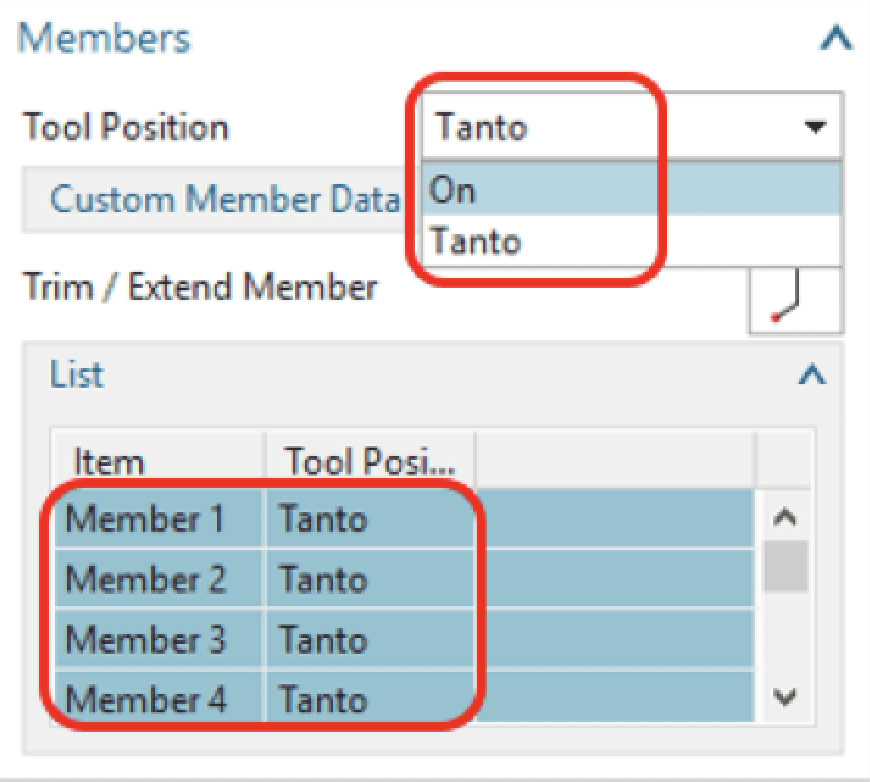 Manufacturing: Cutting with tool position on a boundary is back in NX1872 series software

Manufacturing: Cutting with Tool Position on a Boundary is back in NX1872 Series Software.

Personally, I like the new dialogs for creating boundaries for machining but there is something we lost in NX11.0.2 and 12.0.  The ability to easily choose for the tool position to be “ON” the boundary. 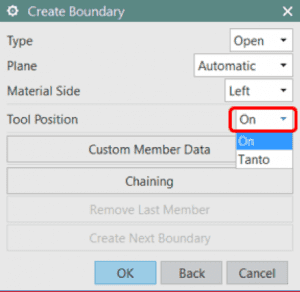 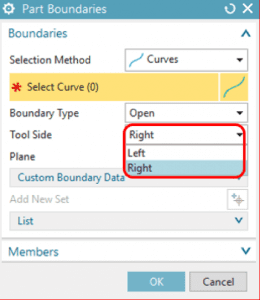 There is a workaround for the problem but it involved selecting each boundary member and changing the tool position to “ON”.  (see next image)

Members group expanded and all of the members selected. 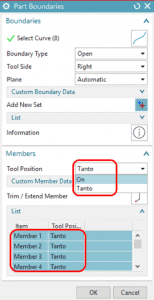 This process is not terrible when you get used to it but it is confusing to new users when, in the upper section, they are only given the choice of Tool Side = Left/Right.

Siemens promised to make the change so that you could once again choose the tool position of ON during the selection of the boundary.

They have made the change in NX1847 and later versions but I had not seen it documented.  I had expected it to be implemented similar to the way it was in the older versions so… my thought was that it had not been fixed yet.

I was wrong!  It certainly is available.

You likely know that the options of “Ignore Hole”, “Ignore Chamfer” and “Ignore Islands” have been changed into commands and you need to add them to your ribbon or border bar, right! 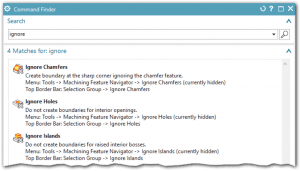 Well…  When you are in the boundary definition dialog, and your selection method is set to “Curves” look to the right of the “Curve Rule” widget.

Its on the upper border bar right next to the chaining option.