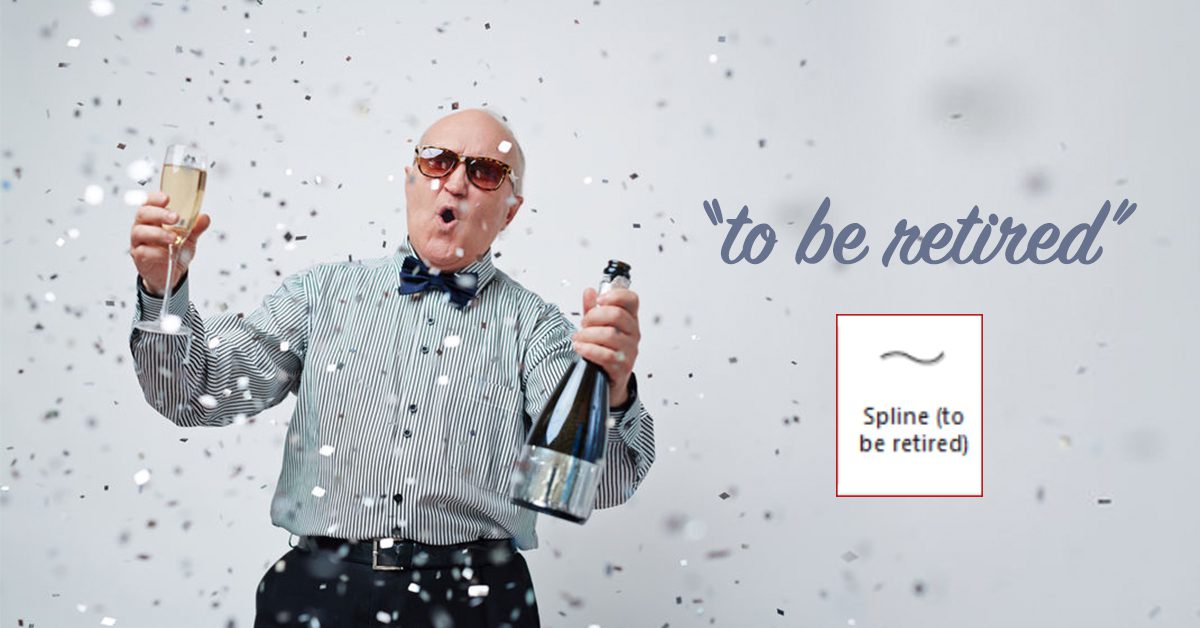 This article attempts to shed light on two designations, or modifiers, attached to NX command names by Siemens… “Legacy” and “to be retired”. It will focus on the CAD side, specifically, those commands involved with Gateway, Modeling, Sketching, Assemblies, and Drafting but generally would apply to all applications of NX. We’ll also discuss alternatives and replacements to some of those CAD commands.

In NX now, there are older commands and icons that are hidden, literally, from the interface unless a user goes into the Customize dialog and adds them to their interface somehow. Many of these are designated with one of two different qualifiers, “legacy” or “to be retired”, the latter of which as been around for many years. What’s the meaning of these and what is the intent?

More importantly, if there are alternatives or other recommended commands or options, what are they and how can you find that out? Keep in mind, we literally mean NX commands and not settings or options within a command; basically, anything that the Command Finder can list.

Speaking of which, if you enter either of these modifiers into the Command Finder field, it will display the entire list!

It is believed the “legacy” designation came out with the NX11 release. And although I haven’t found any definition for the term in the Help Docs or while using the NX software, nor from the Community forums or any other sources. It is apparent to me that dubbing a command as “legacy” implies that there is either a newer command available or a different process or tactic that can now be used to accommodate the same or (hopefully) better result.

I cannot say for certain that a legacy command is slated to be retired or that anything at all about the command will change. I have asked the question at a recent Siemens enablement event and gotten little more than a shrug of the shoulders. I have speculated that perhaps a legacy command is one that is TBD, or that maybe Siemens will monitor the response to the legacization (?, also known as a Kochism) and after a dedicated evaluation of that response, make a decision as to whether the command is obsoleted, redesigned, or who knows what?

Other than the fact that the commands are not available by default, there doesn’t seem to be an implication that the newer command or process (if any) should or must be used, just that the legacy command is the “old” way of doing it. It should also not be assumed that the older command dubbed “legacy” is invalid or changed in any way.

Most of the old “Form Features” as they were called up until around 2006, Boss, Pad, Pocket, and Slot have been put on the legacy list. Again, they are not invalid and still work the same way they did in previous versions, they’re just deemphasized by hiding them and tagging the command names with “Legacy”.

One of the other Form Feature commands, Hole, was actually hidden years ago when the Ideas Hole command was translated into the Parasolid kernel in NX5 (technically NX5.0.1) and then renamed to “Pre-NX5 Hole”, which I believe constitutes a warpage in the space-time continuum, but I digress. I don’t believe it was ever labelled “legacy” but for all intents and purposes, consider it legacy. But I’ll often use it when I want to punch a hole into the end of a cylindrical shape (boss) through to a selected face of the other end of the model.

The remaining Form Feature, Groove, is still alive and well and the default list of commands in the More gallery of the Feature group in the Ribbon Bar.

Now this little novelty somewhat blows away my theory that a command will first be tagged “legacy” and then evaluated to determine what is to become of it. I say this because Groove hasn’t been updated to the current dialog and interface standards like the rest of the commands. Here’s a couple dialogs you’ll see in the process… no Reset icon, and what’s up with “Name”?

The “Name” field is virtually unknown by today’s NX users. For trivia’s sake, It is a carryover from the days of wireframe modeling when it was often necessary to apply a Name attribute to a centerline, axis, or other commonly selected object in the model geometry to ease the selection process – you could just type in the name to select it, even if it was on an invisible layer or “blanked”. Oh dear, let’s not get into that discussion!

I believe this to be a good example, however, for understanding the concept of legacy commands. This particular command is valuable enough, as is, to remain in the starting lineup and not become a legacy feature because any other approach in NX, such as creating a Sketch, revolving it around the axis of the cylindrical shape, and subtracting it isn’t nearly as effective as the 6-step Groove process!

So how many commands are on the legacy list? Roughly 27, however, some of these are actually Preference settings and not actually commands.

In the list above, there are only a handful of the Legacy commands that actually list a preferred alternative. I’ll list them here for your convenience…

Now after looking at that short list, the inference is not that the rest of those on the list have no alternative and therefore, you’re just going to lose the capability in NX. Remember, firstly, that “legacy” is just a standby mode – we don’t know what’s to become of them, necessarily. Secondly, there are other options for some of them.

For instance, the Extract Curve command has more than one alternative action. Without a comprehensive study, I can think of:

Commands such as Join Face… I simply don’t know what else can accomplish that task the same way. None of the Synchronous Modeling commands can do that, as I understand them.

Commands Designated as “To Be Retired”

Firstly, retirement of a command generally implies that there is a replacement command or technique or there is just no longer a need for the command in the version that it was dubbed with the modifier. But with this designation, you have to “take it with a grain of salt”, or perhaps a full tablespoon. Much like real life, there is evidently no deadline when it comes to the concept of retirement. More on that shortly.

There is a command named “Spline” that was very important back in Unigraphics free form modeling and it was enhanced with 4 different subcommands well before the second paradigm shift from Unigraphics to NX. It included: Through Points, By Poles, Fit Spline, and Perpendicular to Points.

After it graduated into the first release of NX (Unigraphics v.19), those individual commands have been replaced by newer, more robust commands:

I’m not even sure in which version Spine was dubbed “to be retired” but at the latest, it was NX8.5. Notice that the modifier display in the icon text with the command name.

However, as I said above, don’t throw the retirement party yet! “Spline” is still in NX12, still designated as “to be retired”, and still hidden; you just have to search for it. So that’s at least 4 versions that its retirement has been in process. I hope my retirement doesn’t take that long!

I’d like to stress here, however, that after using the Studio Spline, Fit Curve, and Spine Curve commands, there’s not a lot I really miss about the old Spline command options.

I don’t mind the older commands still being in the software as long as there’s not a big price to pay for them being retained. Whether active and readily available in the Ribbon Bar or tucked away internally only to be uncovered with the Customize dialog, if it’s still there and has any form of unique functionality that comes with it, keep it around. It might just be the ace up your sleeve when somebody says, “Creo has this really cool command that let’s you select points from a file to create a spline and NX has nothing to match it!”

In NX12, 17 commands can be found with the designation, “to be retired” using the Command Finder. Nine of the 17 are measurement commands that have been made unnecessary by the new NX12 Measure dialog, which is now extremely robust but takes a little time to learn. Commands to be retired are listed here for your convenience…

Now, I mentioned above that this discussion only pertains to actual NX commands but retirement monikers are not necessarily limited to just commands. Here’s an interesting little tidbit, just to step outside of that paradigm… History-free Mode was retired in NX11. But I don’t believe it was ever dubbed “to be retired”. Here’s what the Siemens Help Docs state…

In versions prior to NX 11, you could select one of two modeling modes.

History Mode
In History Mode, you can create and edit the model using an ordered sequence of features t hat are displayed in the Part Navigator.

To convert legacy parts to History mode, right-click the top node in the Part Navigator and choose History Mode . You cannot convert the part back to History-free mode.

So that’s really a part file preference rather than a command but the point is, lots of things in NX can be retired.

Another example would be relative to the awesome NX12 enhancement of the Multiple Windows environment… there is no need to have a Maintain Work Part setting in the Assemblies Preference options anymore – it’s been removed.

You can simply click the Tab that you want to become your Work Part. If you haven’t upgraded to NX12, this is one enhancement that makes the implementation worth it!

But that’s not a command, just a setting. But I now have to wonder if some of the settings and options might start getting hidden and designated as either “legacy” or “to be retired” in NX1847? I guess we’ll see soon!

The bottom line on all this, at least from my perspective as a Siemens partner, is that Siemens either does not want to continue to support these commands and wants to downsize the s/w or they feel the functions are not consistent with the direction that the software will be going. That’s why they are now hidden by default. Again, I haven’t been able to get any “formal” definition from various sources and I apologize but until we get some kind of answer or release of information that clarifies this, the options we all have are:

I hope this article provides you with some insight into the mystery of “where-in-the-heck-did-my-command-go?” and why it became hidden. Again, my intent here is neither to convince you that the older command should be reinstated and the newer option ignored nor that there isn’t any value in the commands dubbed “legacy” or “to be retired”; just that they aren’t completely gone and, if they serve a purpose and are still something of value to you, there are options to preserve what helps you to remain productive in NX.