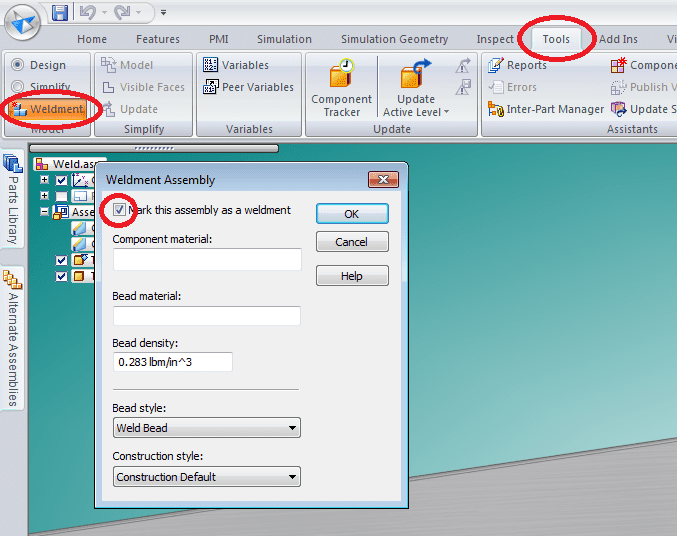 Solid Edge has the ability to work just like you! For example, there are certain situations where there are machining processes that take place after parts are assembled, I will refer to these as post process features. One reason for the post processes is to make sure everything bolts up after assembling piece parts. While watching the video below you will notice several types of assembly based features, but the ones I focus on are for cutting parts and adding features that will either have welds joining them or features that can be turned into welds. While there are multiple types of assembly features such as rounds, chamfers, holes and protrusions the ability to create your own work flow is based on when and where all these feature are placed. 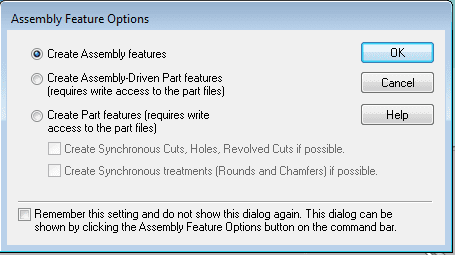 In the screenshot above, you will notice options for each of these assembly features. The first on the list is Create Assembly Features; this will have your feature only show in the assembly level where it was drawn. The next option is Create Assembly-Driven Features; this will allow the feature to be created in the assembly level, but the actual feature will be shown in the parts that are affected by the feature. The last option is Create Part Features; these features are started at the assembly level but once you finish the feature it will be then moved and controlled at the part level allowing you to cut multiple part files at the same time. Yet each part will have its own feature added to the part pathfinder and not create an assembly feature.

The second type of assembly features Solid Edge offers are weld features. This is perhaps the most used type of post process feature. To create welds in Solid Edge a single button toggle is all that’s needed as shown in the image below. Under the Tools drop down menu select the Weldment configuration, and select the check box for making the assembly a weldment. Once this is done you can now apply weld labels or actual weld beads to help get a more accurate weight on final assemblies.

Learn more about working with assemblies in Solid Edge with training from Swoosh Technologies. Enroll today or request a customized class.